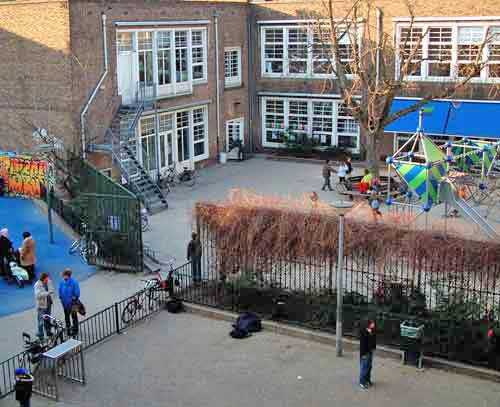 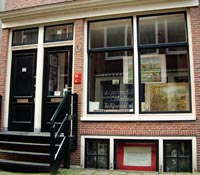 Theo Thijssen was a socialist teacher who wrote about his youth in the Jordaan quarter. He is known at the first place because of his book for children: 'Kees the jongen' (Kees the boy). During his live (1879-1943) he was also known as the ‘teacherman’. No wonder that the school in the Anjeliersstraat, with playground in the Tuinstraat, has been called after him.